The Kahilu Theatre is a flourishing multidisciplinary arts center on Hawaii Island: a place where our community comes together and the arts come alive!
he Kahilu Theatre Presenting Season runs from September through June with a Summer Pre-season from July to August.

You can always count on Kahilu theatre for quality performances, educational programs and exhibits.
Learn about Kahilu Theater History below the map!

Kahilu Theatre History
The Kahilu Theatre came into being through the generosity of its millionaire benefactor and Parker Ranch owner Richard Smart: like his stewardship of the Ranch, Smart built the Theatre with a vision of a place where the performing arts could flourish, a place that would truly serve the community.

Smart was born in 1913, the only child of Henry Gaillard Smart and Thelma Kahiluonapua'api'ilani Parker. Not long after Richard’s birth, both parents passed away, leaving him as the sole heir of the Parker Ranch fortune.

Richard developed a love for the theater, drama and music and as a young man, he left Hawai`i Island and headed for the bright lights of New York City. Smart performed for 30 years on Broadway as well as in cabarets and clubs in the U.S. and abroad. He was a headliner at the Coconut Grove in Los Angeles, the Monte Carlo in New York and the Lido in Paris and starred opposite top actresses of the era such as Eve Arden, Carol Channing and others.

Smart eventually returned to Waimea and took on the many responsibilities of ranch operations, but the stage never left his blood. In the 1970s and with the financial wherewithal to make it possible, Smart decided to build a theater in his hometown.

Smart engaged the well-known architectural firm of Wimberly, Allison, Tong and Goo of Honolulu with Sid Char doing the actual theater design. The building began in 1979 and was completed in 1980, at a cost of roughly $1.5 million. The 490 – seat performing arts center was christened the Kahilu Theatre, named after Smart’s mother, Thelma Kahiluonapua'api'ilani Parker.

In 1992, Smart passed away and while the Theater remained a part of Parker Ranch, it lost its mentor and financial mainstay. In 2001, the Kahilu became completely independent of the Ranch, relying on outside funding for its survival. With the start of the 2008 recession, donations and grants diminished, making it harder and harder to balance the annual budget. In 2012, the Theatre Board decided to take an “intermission” from its regular season to focus on retiring accumulated debt and creating a new strategic plan that would propel the Kahilu Theatre into the 21st century and beyond. Community members rallied around their beloved theater, helping the board to retire the accumulated debt in full within 6 months.

Kahilu Theatre Today
Today, Kahilu Theatre has recommitted itself to the goal of serving the entire Hawai’i Island community.  Grounded in the belief that the creative arts are an essential part of a thriving community, the Kahilu Theatre Foundation is working to establish itself as a cultural hub where generations of families can gather together to celebrate and experience the arts.  Through our outreach and education programs the board hopes to expand the Kahilu Theatre Ohana, making the Theatre more accessible to individuals and families who have not traditionally come to the theater.

The Board of Directors has worked hard to develop broad-based support for the Theatre – through grants, memberships, donations, fundraising events and show sponsorships - to provide 70% of the Kahilu’s annual operating budget. The health of the Theatre is reliant upon the continued generosity and commitment of its community.

We are proud to say that Richard Smart’s legacy continues to endure and flourish in Waimea, where the Theatre serves to strengthen Big Island communities by providing access and opportunity to experience the magic of the arts.

Arts Ed @ Kahilu
As public schools have faced continued cuts in funding arts education, Kahilu Theatre serves the largest number of children possible. Arts Ed @ Kahilu programs include the Performances for Young Audiences Series, Kahilu Arts with Waimea Middle School (K-Arts), and our Kahilu Performing Arts Classes (KPAC). Each year, thousands of keiki ages 5 and above, are introduced to world-class art from our stage and in our galleries.

Through its diverse programming, Kahilu Theatre is committed to its mission of “Making a place where community, creativity and inspiration thrive.” 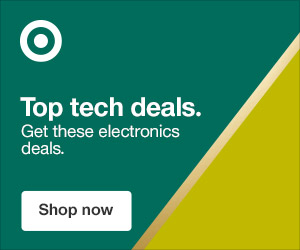